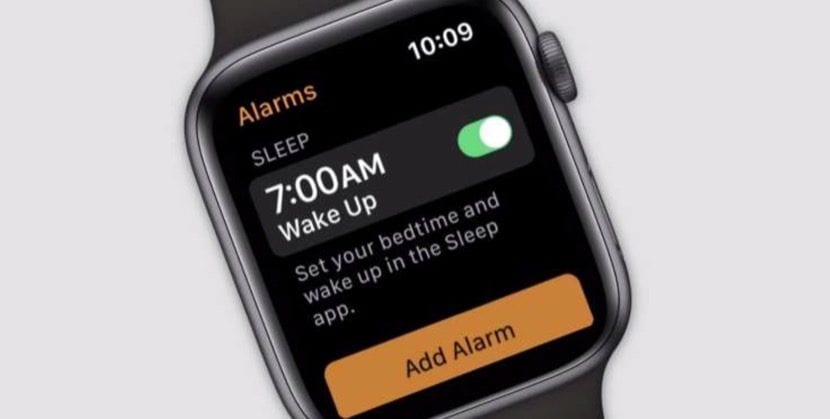 We can say that we are close to having natively one of the most anticipated functions by users that They sleep with the Apple watch on their wrist and there are many -among which I include myself- who sleep without the Apple device.

In this case, an official screenshot of the Apple Watch Series 5 with this function called "dream" officially reveals that the Cupertino firm is working on it. Everything indicates that the new function will be included in the next version of the device's OS and can be control the hours we sleep natively without the need for third-party applications.

It is true that the keynote last September was somewhat shorter than what we are used to seeing lately, but this does not mean too much except for some users and media who insist on saying that the signature of the bitten apple eliminated in the last moment of presentation this section that showed the Apple Watch Series 5 with its own sleep measurement app. This is something that has been said for a long time and has not really been officially confirmed.

Now it seems that this function is completely integrated into the system and we may see it very soon in a software update that we hope will be for all Apple Watch models and not only for the Series 5. In any case the Capture is officially shown as well commented in the middle 9To5Mac to Apple itself and in it you can seer the bed function of the clock with a novel system that would offer this function to measure sleep.

The content of the article adheres to our principles of editorial ethics. To report an error click here!.

It may interest you